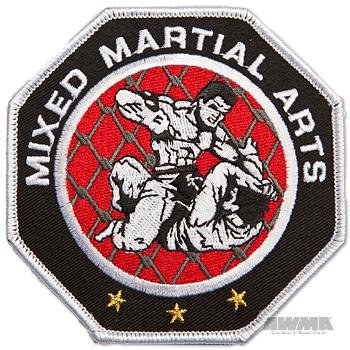 The WMMAF Amateur MMA Rules is an effort to make a standardized set of rules with a high safety level that are fit for international competition. The rules regulate the technical side of MMA whereas the WMMAF World Championship Protocol contains specifications for the competitions such as operations, selection criteria for judges, detailed tournament structure, weigh-in protocol, specifications for permitted equipment, etc. This separation is put in place to ensure a clean-cut and universal set of rules that can easily be easily adopted by different organizations in different countries as well as easily combined with different sets of protocols.

The WMMAF Amateur MMA Rules are the result of a best practice review made by the WMMAF Technical Committee on a number of different existing rule sets, with the WMMAF member federations participating in a referral process. National differences have been compared and analyzed with the purpose of finding the optimal rule set that will work on a global basis. These rules regulate competition at the highest amateur level; in the future the WMMAF will also provide rules and recommendations for MMA competition at junior, beginner and intermediate levels as well as safe progression between levels.

The WMMAF will continuously work to develop and establish a common rule set across the world, we encourage the adoption of the WMMAF rules but do not force it. When it comes to national rules it is up to each member country to decide if and how to adopt the WMMAF rules in their respective countries. So a national federation affiliated with the WMMAF can always use their own rule set for national competitions but when competing in the World Championships all contestants will be competing under WMMAF rules.

1) Effective Striking/Grappling
Legal blows that have an immediate or cumulative impact with the potential to contribute towards the end of the match with the IMMEDIATE weighing in more heavily than the cumulative impact.
Successful execution of takedowns, submission attempts, reversals and the achievement of advantageous positions that produce immediate or cumulative impact with the potential to contribute to the end of the match weigh more heavily than the cumulative impact. It shall be noted that a successful takedown is not merely a changing of position, but the establishment of an attack from the use of the takedown.
Submission attempts that cause an opponent to tire and weaken, taking considerable effort to escape shall be given greater weight when scoring than those attempt that are easily defended and escaped without effort.
High amplitude and impactful throws and takedowns are weighed more heavily than
athletes who are tripped or bundled to the mat.
This will be the deciding factor in a high majority of decisions when scoring a round. The next two criteria must be treated as a backup and used only when Effective
Striking/Grappling is 100% equal for the round.
2) Effective Aggressiveness Aggressively making attempts to finish the fight. The key term is ‘effective’. Chasing after an opponent with no effective result or impact should not render in the judges’ assessments Effective Aggressiveness is only to be assessed if Effective Striking/Grappling is 100%
13
equal for both competitors.
3) Fighting Area Control
Fighting area control is assessed by determining who is dictating the pace, place and
position of the match.
Fighting Area Control shall only to be assessed if Effective Striking/Grappling and
Effective Aggressiveness is 100% equal for both competitors. This will be assessed very rarely.
Round scoring:
The 10 point must system shall be utilized when scoring a fight.
10–10 Round
A 10 – 10 round in MMA is when both fighters have competed for whatever duration of time in the round and there is no difference or advantage between either fighter.”
A 10 – 10 round in MMA should be extremely rare and is not a score to be used as an excuse by a judge that cannot assess the differences in the round.
10–9 Round
A 10 – 9 Round in MMA is where one combatant wins the round by a close margin.
A 10 – 9 round in MMA is the most common score a judge assesses during the night. If, during the round, the judge sees a fighter land the better strikes, or utilize effective grappling during the competition, even if by just one technique over their opponent, the judge shall give the winning fighter a score of 10 while assessing the losing fighter a score of 9 or less.
A score of 10 – 9 can reflect an extremely close round or a round of marginal domination and/or impact.
10–8 Round
A 10 – 8 Round in MMA is where one fighter wins the round by a large margin.
A score of 10 – 8 does not require a fighter to dominate their opponent for the entire 3 minutes of a round.
14
The score of 10 – 8 is utilized by the judge when the judge sees verifiable actions on the part of either fighter. Judges shall ALWAYS give a score of 10 – 8 when the judge has established that one fighter has dominated the action of the round, had duration of the domination and also impacted their opponent with either effective strikes or effective grappling maneuvers that have diminished the abilities of their opponent.
10–7 Round
A 10 – 7 Round in MMA is when a fighter completely overwhelms their opponent in
Effective Striking and/or Grappling and stoppage is warranted.
A 10 – 7 round in MMA, namely amateur competition is a score that judges will rarely
give.